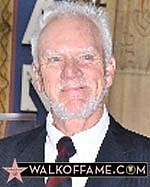 Malcolm Mcdowell Honored with
Star on the Hollywood Walk Of Fame

The Hollywood Chamber of Commerce honored actor Malcolm McDowell with a star on the Hollywood Walk of Fame in front of the Pig n’ WhistleBritish Pub at 6714 Hollywood Boulevard. He joins fellow British luminaries Emma Thompson and Colin Firth on the coveted Walk of Fame.  In honor of this momentous occasion, The Pig n’ Whistle has named a special drink in the name of McDowell called The Clockwork Orange.

McDowell will shortly star in “The Monster Butler” to be produced by Dark House Films which will be released theatrically and then distributed by Warner Bros. Home Entertainment.

Additionally, on the evening of the star unveiling, and in honor of McDowell receiving his star on the Hollywood Walk of Fame, The American Cinematheque is hosting an in-person tribute at the Egyptian Theatre showing his most iconic film, Stanley Kubrick’s A Clockwork Orange (a beautifully restored presentation!), as well as Nicholas Meyer’s blend of sci-fi, literary history and modern pop culture, Time After Time, in which McDowell stars as Victorian author H.G. Wells. There will be a Q&A between films with McDowell and Mary Steenburgen.  The tribute continues through March 19 at the Aero Theater.

Malcolm McDowell is arguably among the most dynamic and inventive of world-class actors, yet also capable of immense charm, humor and poignancy. McDowell has created a gallery of iconic characters since catapulting to the screen as Mick Travis, the rebellious upperclassman in Lindsay Anderson’s prize-winning sensation, If…

His place in movie history was subsequently secured when Stanley Kubrick cast the actor to play the gleefully amoral Alex in A Clockwork Orange; when McDowell himself conceived the idea for Mick Travis’ further adventures in Anderson’s Candide-like masterpiece, O Lucky Man!; and when he wooed Mary Steenburgen and defeated Jack the Ripper as the romantically-inquisitive H.G. Wells in Time After Time.

Those legendary roles have endured with legions of filmgoers while new fans have been won over by his tyrannical Soran (the destroyer of Capt. Kirk) in Star Trek: Generations; his Machiavellian Mr. Roarke in “Fantasy Island” and his comically-pompous professor Steve Pynchon in the critically-hailed CBS television series, “Pearl,” starring opposite Rhea Perlman.

On television, McDowell had recurring appearances as Terence on the HBO hit series, “Entourage,” as Linderman on NBC’s “Heroes,” Darren Vogel on “CSI: Miami,” and Bret Stiles on the hit show, “The Mentalist.” Malcolm currently stars in TNT’s newest series, “Franklin & Bash,” as Stanton Infeld. “Franklin & Bash’s” debut success and high ratings resulted in a second season pick-up. That second season is scheduled to premiere in June of 2012.

In late 2011, Malcolm was seen in the year’s Oscar-winning silent film sensation, The Artist. This year, Amy Heckerling’s Vamps with Sigourney Weaver and Alicia Silverstone will follow, as will Silent Hill Revelation: 3D. 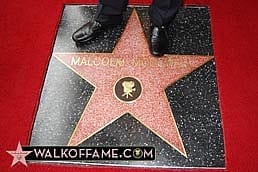