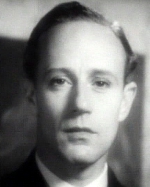 Leslie Howard was an English stage and film actor, director, and producer. of Hungarian origin. Among his best-known roles was Ashley Wilkes in Gone with the Wind and roles in Berkeley Square, Of Human Bondage, The Scarlet Pimpernel, The Petrified Forest, Pygmalion, Intermezzo, Pimpernel Smith and The First of the Few. Howard's Second World War activities included acting and filmmaking. He was active in anti-Nazi propaganda and reputedly involved with British or Allied Intelligence, which may have led to his untimely death in 1943 when his airliner was shot down, sparking modern conspiracy theories regarding his death.

Howard was born Leslie Howard Steiner to a Hungarian-British mother, Lillian and a Hungarian father, Ferdinand Steiner, in Forest Hill, London, UK, and educated at Alleyn's School, London. There was some Jewish background on both sides of his family. Like many others around the time of the First World War, the family changed their name, using "Stainer" as less German-sounding. He worked as a bank clerk before at the outbreak of the First World War. He served in the British Army as a subaltern in the Northamptonshire Yeomanry, but suffered shell shock, which led to his relinquishing his commission in May 1916.

Howard began acting on the London stage in 1917 but had his greatest theatrical success in the United States on Broadway, gaining prominence in plays such as Aren't We All?, Outward Bound, and The Green Hat before becoming an undisputed Broadway star in Her Cardboard Lover. His success as time traveller Peter Standish in Berkeley Square resulted in a call to Hollywood the following year, where he also later repeated the Standish role in a 1933 film version of the play. 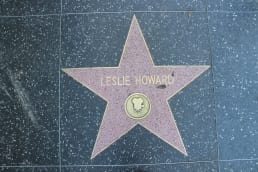