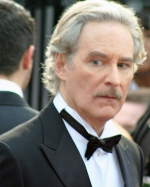 Education:
in University, IN

Kevin Delaney Kline is an American theatre, voice and film actor. He has won an Academy Award and two Tony Awards, and was nominated for an Emmy Award in 2009.

Kline was born in St. Louis, Missouri, the son of Margaret “Peggy” and Robert Joseph Kline. His father was a classical music lover and an amateur opera singer who owned and operated The Record Bar, a record store in St. Louis that opened in the early ’40s, and also sold toys during the ’60s and ’70s; his father’s family also owned Kline’s Inc., a department store chain. Kline has described his mother as the “dramatic theatrical character in our family.” Kline’s father was an agnostic of German Jewish descent, while Kline’s Irish-American mother, the daughter of an emigrant from County Louth, was Catholic. Kline and his siblings were raised as Catholic.

Kline graduated from the Catholic Saint Louis Priory School in 1965. He attended Indiana University in Bloomington, Indiana, where he began as an aspiring classical pianist. After joining the on-campus theater group “Vest Pocket Players” as an undergraduate, he fell in love with the theater and switched to acting, graduating from IU in 1970.

In 1970, Kline was awarded a scholarship to the newly formed Drama Division at the Juilliard School in New York. In 1972, he joined with fellow Juilliard graduates, including Patti LuPone and David Ogden Stiers, and formed the City Center Acting Company, under the aegis of John Houseman. The Company traveled across the U.S. performing Shakespeare’s plays, other classical works, and the musical The Robber Bridegroom, founding one of the most widely praised groups in American repertory theatre.