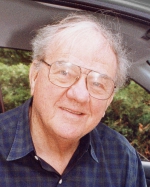 Education:
Emerson School for Visual and Performing Arts, IN

Karl Malden was an American actor. In a career that spanned more than seven decades, he featured in classic Marlon Brando films such as A Streetcar Named Desire, On the Waterfront and One-Eyed Jacks. Among other notable film roles were Archie Lee Meighan in Baby Doll, Zebulon Prescott in How the West Was Won and General Omar Bradley in Patton. His best-known role was on television as Lt. Mike Stone on the 1970s crime drama, The Streets of San Francisco. During the 1980s, he was spokesman for American Express Travelers Cheques, reminding cardholders “Don’t leave home without them”.

Malden, the eldest of three brothers, was born in Chicago, Illinois and raised in Gary, Indiana. His Serbian father, Petar Sekulovi?, worked in the steel mills and as a milkman, and his mother, Minnie Sekulovich, was a Czech seamstress and actress. The Sekulovich family roots trace back to Podosoje near the city of Bile?a in Bosnia and Herzegovina. Malden spoke only the Serbian language until he was in kindergarten, though was fluent till his death. Malden’s father had a passion for music, and organized a choir. As a teenager, Malden joined the Karageorge Choir. In addition, his father produced Serbian plays at his church and taught acting. A young Malden took part in many of these plays, which included a version of Jack and the Beanstalk, but mostly centered on the community’s Serbian heritage. In high school, he was a popular student and the star of the basketball team. He participated in the drama department, and was narrowly elected senior class president. Among other roles, he played Pooh Bah in The Mikado. After graduating from Emerson High School in 1931 with high marks, he briefly planned to leave Gary for Arkansas, where he hoped to win an athletic scholarship, but college officials did not admit him owing to his refusal to play any sport besides basketball. From 1931 until 1934, he worked in the steel mills, as had his father.

He changed his name from Mladen Sekulovich to Karl Malden at age 22. He anglicized his first name by switching the letters “l” and “a” and making it his last name; then he proceeded to take his grandfather’s first name. This was because the first theatre company he was in wanted him to shorten his name for the marquee. He thought they wanted to fire him and were using his name as an excuse, although this was not the case, so he changed it to give them no excuse.

Malden often found ways to say “Sekulovich” in films and television shows in which he appears. For example, as General Omar Bradley in Patton, as his troops slog their way through enemy fire in Sicily, Malden says “Hand me that helmet, Sekulovich” to another soldier. In Dead Ringer, as a police detective in the squad room, Malden tells another detective: “Sekulovich, gimme my hat.” In Fear Strikes Out, Malden, playing Jimmy Piersall’s father John, introduces Jimmy to a baseball scout named Sekulovich. In Birdman of Alcatraz, as a prison warden touring the cell block, Malden recites a list of inmates’ names, including Sekulovich. Malden’s father was not pleased, as he told his son ‘Mladen, no Sekulovich has ever been in prison!’ Perhaps the most notable usage of his real name was in the TV series The Streets of San Francisco. Malden’s character in the program, Mike Stone, employed a legman with that name, who did various errands. Also, in On the Waterfront, in which Malden plays the priest, among the names of the officers of Local 374 called out in the courtroom scene is Mladen Sekulovich, Delegate.