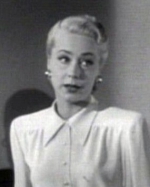 June Havoc was a Canadian-born American actress, dancer, writer, and theater director. Havoc was a child vaudeville performer under the tutelage of her mother. She later acted on Broadway and in Hollywood, and stage directed. She last appeared on television in 1990, on General Hospital. Havoc is also the younger sister of famous stripper Gypsy Rose Lee

She was born as Ellen Evangeline Hovick, in Vancouver, British Columbia, Canada, probably in 1912, although she herself was uncertain of the year, according to The New York Times obituary. Other sources indicate 1913.

Her lifelong career in show business began when she was a child, billed as "Baby June". Her only sibling, Rose Louise Hovick, was called "Louise" by her family members. Their parents were Rose Thompson Hovick and John Olaf Hovick, a Norwegian-American, who worked as a newspaper advertising man.

Following their parents' divorce, the two sisters earned the family's income by appearing in vaudeville where often June's talent overshadowed Louise. Baby June got an audition with Alexander Pantages who had come to Seattle in 1902 to build theaters up and down the West Coast of the United States. Soon, she was launched in vaudeville and also appeared in Hollywood movies. She couldn?t speak until the age of three, but the films were all silent. She would cry for the cameras when her mother told her that the family's dog had died. 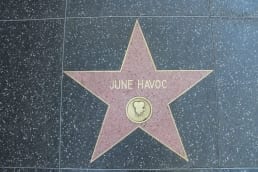