John Malcolm Stahl was an American film director and producer.

Born in New York City, New York, he began working in the city's growing motion picture industry at a young age and directed his first silent film short in 1914. In the early 1920s Stahl signed on with Louis B. Mayer Pictures in Hollywood and in 1924 was part of the Mayer team that became MGM Studios.

In 1927, John Stahl was one of the thirty-six founding members of the Academy of Motion Picture Arts and Sciences. With the industry's transition to talkies and feature-length films, John Stahl successfully made the adjustment and for Universal Pictures he directed the 1934 film Imitation of Life which was nominated for an Academy Award for Best Picture. The following year, he directed Magnificent Obsession, starring Irene Dunne and Robert Taylor.

John Stahl continued to produce and direct major productions as well filler shorts right up to the time of his death. Some of his other notable directorial work was with The Keys of the Kingdom in 1944 and the 1945 film noir, Leave Her to Heaven with Gene Tierney who was nominated for Best Actress. 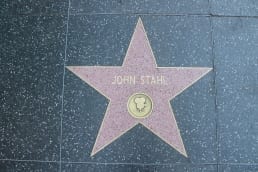