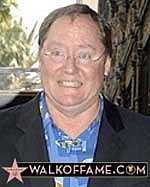 John Lasseter Honored with Star on the Hollywood Walk of Fame

John Lasseter is a two-time Academy Award®-winning director and creatively oversees all films and associated projects from Walt Disney and Pixar Animation Studios (celebrating its 25th Anniversary in 2011).  Lasseter made his feature directorial debut in 1995 with “Toy Story,” the first-ever feature-length computer-animated film and, since then, has gone on to direct “A Bug’s Life,” “Toy Story 2” and “Cars.” He returned to the driver’s seat this year, directing “Cars 2.”

His executive-producing credits include “Monsters, Inc.,” “Finding Nemo,” “The Incredibles,” “Ratatouille,” “WALL•E,” “Bolt” and last year’s critically acclaimed “Up,” the first animated film ever to open the Cannes Film Festival and the recipient of two Academy Awards® for Best Animated Feature and Best Original Score. Lasseter also served as executive producer for Disney’s Oscar®-nominated films “The Princess and the Frog” and “Tangled” as well as Pixar’s most recent Academy Award-winner for Best Animated Feature and Best Original Song, “Toy Story 3,” which is based on a story written by Lasseter, Andrew Stanton and Lee Unkrich.

Under Lasseter’s supervision, Pixar’s animated feature and short films have earned a multitude of critical accolades and film-industry honors. Lasseter himself received a Special Achievement Oscar® in 1995 for his inspired leadership of the “Toy Story” team. He and the rest of the screenwriting team of “Toy Story” also earned an Academy Award® nomination for Best Original Screenplay, the first time an animated feature had ever been recognized in that category.

In 2009, Lasseter was honored at the 66th Venice International Film Festival with the Golden Lion for Lifetime Achievement. The following year, he became the first producer of animated films to receive the Producers Guild of America’s David O. Selznick Achievement Award in Motion Pictures. Lasseter’s other recognitions include the 2004 Outstanding Contribution to Cinematic Imagery award from the Art Directors Guild, an honorary degree from the American Film Institute, and the 2008 Winsor McCay Award from ASIFA-Hollywood for career achievement and contribution to the art of animation.

Prior to the formation of Pixar in 1986, Lasseter was a member of the Computer Division of Lucasfilm Ltd., where he designed and animated “The Adventures of Andre and Wally B,” the first-ever piece of character-based three-dimensional computer animation, and the computer-generated Stained Glass Knight character in the 1985 Steven Spielberg-produced film “Young Sherlock Holmes.”

Lasseter was part of the inaugural class of the Character Animation program at California Institute of the Arts and received his B.F.A. in film in 1979. Lasseter is the only two-time winner of the Student Academy Award for Animation, for his CalArts student films “Lady and the Lamp” (1979) and “Nitemare” (1980). His very first award came at the age of 5, when he won $15 from the Model Grocery Market in Whittier, Calif., for a crayon drawing of the Headless Horseman. 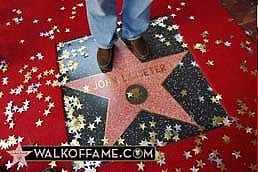