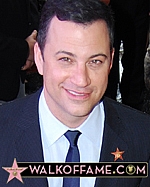 Jimmy Kimmel Honored with
Star on the Hollywood Walk Of Fame

Watch the Jimmy Kimmel star ceremony on the Hollywood Walk of Fame below.

The star ceremony was streamed LIVE on www.walkoffame.com

“We are proud to include Jimmy Kimmel on our Walk of Fame. I knew that the Boulevard would be filled with laughter on his special day with all the shenanigans that may be going on in connection with his star ceremony,” stated Ana Martinez, Producer of the Walk of Fame ceremonies. “Jimmy always makes us laugh, and he has done so much for the Hollywood community. He was bound to end up on Hollywood Boulevard!”

Born in Brooklyn, and raised in Las Vegas,  Kimmel began his career in morning radio. Fired from stations in Phoenix, Seattle, Tampa and Tucson, Kimmel’s luck finally changed as ‘Jimmy the Sports Guy’ on KROQ-FM Los Angeles’ “Kevin and Bean Show,” where his popular comedy sportscasts never even got him fired once.

In September Kimmel hosted the 2012 Emmy Awards. Earlier this year, Kimmel was the headliner of the annual White House Correspondents’ Association Dinner in Washington, D.C.   Kimmel has also hosted the American Music Awards on ABC five times as well as the ESPY Awards.  He co-created and executive-produced the hit MTV2 series’ “The Andy Milonakis Show” and “Crank Yankers.” In addition, Kimmel co-hosted Comedy Central’s “The Man Show,” served for four seasons as on-air prognosticator for “Fox NFL Sunday,” and co-hosted Comedy Central’s long-running and popular game show, “Win Ben Stein’s Money,” for which he received two Emmy nominations and one win for Best Game Show Host in 1999. Kimmel has also served as roastmaster for Comedy Central’s roasts of both Hugh Hefner and Pamela Anderson. 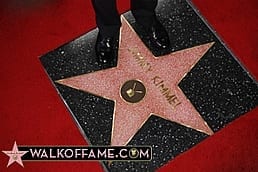