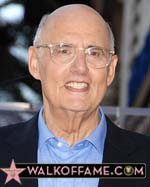 Watch the cermony as Jeffrey Tambor unveils the star below

The Hollywood Chamber of Commerce proudly honored actor Jeffrey Tambor with the 2,617th star on the Hollywood Walk of Fame today,  Tuesday, August 8, 2017 at 11:30 a.m. PDT. The star was dedicated in the category of Television at 6320 Hollywood Boulevard in front of Iguana Vintage Store near the famous corner of Hollywood and Vine.

“Jeffrey Tambor is one of those actors you just cannot forget! He is constantly successful and captivating in his roles,” stated Ana Martinez, Producer of the Walk of Fame ceremonies. “He is very popular with fans in whatever work he does. His role in “Transparent” is groundbreaking and will be a part of television’s history for many years to come.”

Jeffrey Tambor has earned deep respect for being one of the most versatile and accomplished character actors in film and television. Tambor’s unforgettable roles in such popular TV hit series as “The Larry Sanders Show” and “Arrested Development” reveal his unique comedic gifts, while his roles in films such as “And Justice for All” and “Meet Joe Black” display the depth of his dramatic sensibilities.

Tambor was born in San Francisco, where he attended San Francisco State University and received a B.A. in Drama in 1965, and then went to Wayne State University earning an MFA in 1969. He was studying for his PhD when he left in 1970 for a role in “Richard II” with Richard Chamberlain at the Seattle Repertory Theater.

Tambor made his Broadway debut in the comedy “Sly Fox” (1976), opposite George C. Scott, directed by Arthur Penn. He appeared in the New York Shakespeare production of “Measure for Measure” that same year.

He has since remained active in theater. Tambor directed Lanford Wilson’s “Burn This” at the Skylight Theatre in Los Angeles; acted and directed at many regional theatre companies, such as the Academy Festival Theatre in Chicago and the Loeb Drama Center at Harvard; and acted in plays by such diverse playwrights from Shakespeare, Molière and Chekhov to more contemporary writers. In 2005, Tambor returned to Broadway as George Aaronow in David Mamet’s “Glengarry Glen Ross,” which won the Tony Award for Best Revival of a Play and a Drama Desk Award for Outstanding Ensemble Performance.

Tambor can currently be seen in the Golden Globe winning Amazon show “Transparent,” written by Jill Soloway and co-starring Judith Light, Gaby Hoffman, Amy Landecker and Jay Duplass. Tambor was awarded two Emmy Awards and a Screen Actors Guild Award and a Golden Globe Award for his portrayal of Maura, who spent her life as Mort, the Pfefferman family patriarch. After Maura reintroduces herself to her family, everyone’s secrets finally start to come out.

Tambor recently wrapped Disney’s feature “Magic Camp” directed by Mark Waters opposite Gillian Jacobs and Adam DeVine. He will next be seen in “55 Steps” directed by Billie August opposite Hilary Swank and Helena Bonham Carter, and Armando Iannucci’s “The Death of Stalin” opposite Steve Buscemi, Olga Kurylenko and Timothy Dalton. Tambor has also been lending his voice to roles in the Dreamworks Animation “Trolls” and the upcoming Paramount Animation feature “Amusement Park.” Tambor provided voices for the animated films “Tangled,” “Monsters vs. Aliens,” the Disney animated film “Cinder Biter,” as well as “Clockwork Girl.” Additionally, he was the voice of King Neptune in “The SpongeBob SquarePants Movie.” Tambor is currently the voice of Glossaryck in the TV series “Star vs. The Force of Evil.”

He recently starred in the film “The Accountant” opposite Ben Affleck, Jon Bernthal, J.K. Simmons and Anna Kendrick. The film, directed by Gavin O’Connor, follows a mild manner accountant who moonlights as a lethal assassin.

Tambor has also appeared in the films “Mr. Popper’s Penguins,” “Flypaper,” “Paul,” and “Win, Win.” He has appeared in the two “Hellboy” films, all three “The Hangover” movies, “The Invention of Lying,” “There’s Something About Mary,” “City Slickers,” “Miss Congeniality,” “Dreamchasers,” “Mr. Mom,” “Brenda Starr,” “Radioland Murders,” “Doctor Dolittle,” and “Pollock.” For the feature adaptation of “How the Grinch Stole Christmas” (2000), he played the Mayor of Whoville. Tambor starred in the HBO film “Phil Spector,” opposite Al Pacino and Helen Mirren, and in “For the Love Of Money,” with Edward Furlong.

Tambor’s memoir “Are You Anybody?” published by Crown Archetype, was released in May 2017.

The Hollywood Walk of Fame is an internationally-recognized Hollywood icon. With approximately 30 star ceremonies annually broadcast around the world, the constant reinforcement provided to the public has made the Walk of Fame a top visitor attraction. The Hollywood Chamber of Commerce continues to add stars on the Walk of Fame as the representative of the City of Los Angeles. The Walk of Fame is a tribute to all of those who worked diligently to develop the concept and to maintain this world-class tourist attraction. The Walk of Fame is open to the public. No paid admission or assigned seating at star ceremonies.It is understood that the cost of installing a star on the Walk of Fame upon approval is $40,000 and the sponsor of the nominee accepts the responsibility for arranging for payment to the Hollywood Historic Trust, a 501(c)3 charitable foundation. The funds are used to pay for the creation/installation of the star and ceremony, as well as maintenance of the Walk of Fame. Download the official app for iPhones and Android devices at http://officialhollywoodwalkoffameapp.com 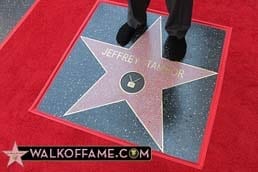