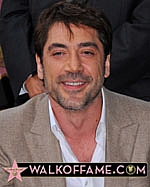 Watch the complete live streaming of the star ceremony below!

The Hollywood Chamber of Commerce honored one of Spain’s greatest exports, Javier Bardem with a star on the Hollywood Walk of Fame on November 8, 2012 at 11:30 a.m. at 6834 Hollywood Boulevard in front of the El Capitan Theatre. Emcee Leron Gubler, President/CEO of Hollywood Chamber of Commerce and guest speaker Director Sam Mendes and Bond Girls Naomie Harris and Berenice Marlohe unveiled the 2,484th Star on the Hollywood Walk of Fame in Motion Pictures. This event was live streamed on www.walkoffame.com.

“We are very happy to welcome Javier Bardem to our Walk of Fame family.  We pride ourselves on the fact that the Walk of Fame features some of our most popular international figures that work on films near and far. It shows the diversity that this world-famous sidewalk has to offer,” stated Leron Gubler, Hollywood Chamber of Commerce President/CEO.

As Spain's most internationally-acclaimed actor, Javier Bardem has captivated audiences worldwide with his diverse performances. In 2008, Bardem received the Academy Award® for Best Supporting Actor for his chilling portrayal of sociopath killer, Anton Chigurh, in Joel and Ethan Coen's No Country for Old Men. His performance garnered a Golden Globe Award, a Screen Actors Guild Award, a BAFTA, and countless film critic awards and nominations.

Bardem will next star in Skyfall™, the 23rd James Bond adventure, as the villain, opposite Daniel Craig as Bond and Judi Dench as M.  The film, from Albert R. Broccoli’s EON Productions, Metro-Goldwyn-Mayer Studios, and Sony Pictures Entertainment, is directed by Sam Mendes, produced by Michael G. Wilson and Barbara Broccoli, and written by Neal Purvis & Robert Wade and John Logan, and will be released nationwide on November 9th.  Bardem will also star in Ridley Scott’s The Counselor as well as Terrence Malick's film, To the Wonder.

Bardem recently co-produced and starred in Sons of the Clouds: The Last Colony, a film documenting how the colonization of the Western Sahara has left nearly 200,000 people living in refugee camps. In October 2011, Bardem and his co-producer Alvaro Longoria, the film’s director, addressed the United Nations General Assembly’s decolonization committee, urging the delegates to end human rights abuses in the region. The film premiered at the 62nd annual Berlin International Film Festival in January as well as the Toronto International Film Festival in September and has since been acquired by Canal Plus in Bardem’s native Spain.  The film will be available on iTunes and other digital platforms on November 13th and will be coming soon to Netflix.

Bardem was awarded the Best Actor prize at the 2010 Cannes film festival for his performance in Alejandro Innaritu's Biutiful. This performance also earned him his third Academy Award® nomination. Bardem received his first Academy Award® nomination for his portrayal of the Cuban poet and dissident Reinaldo Arenas, in Julian Schnabel's Before Night Falls. He was named Best Actor at the Venice Film Festival; received Best Actor honors from the National Society of Film Critics, the Independent Spirit Awards and the National Board of Review; he also garnered a Golden Globe nomination for this role.

Bardem won the Best Actor Award at the Venice film festival for his performance in Alejandro Amenábar’s film The Sea Inside, making him  the second actor to win the award twice. He also won a Goya Award and received a Golden Globe nomination for this role. Bardem has won The Goya Award, Spain's equivalent of the Oscar, five times and has received a total of eight nominations. 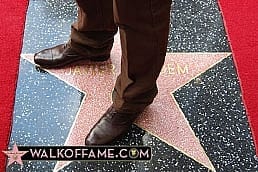