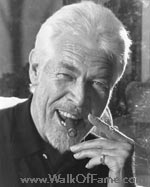 James Harrison Coburn, Jr. was an American film and television actor who appeared in nearly 70 films and made over 100 television appearances during his 45-year career. He played a wide range of roles and won an Academy Award for Best Supporting Actor as Glen Whitehouse in the film Affliction.

Coburn was born in Laurel, Nebraska, the son of Mylet S. and James Harrison Coburn, Sr., a garage mechanic. Coburn was of Scotch-Irish and Swedish descent. He was raised in Compton, California, attended Compton Junior College, and enlisted in the US Army in 1950, serving as an Army truck driver and also was an occasional disc jockey on an Army radio station in Texas. Coburn also narrated Army training films in Mainz, Germany. He attended Los Angeles City College, where he studied acting alongside Jeff Corey and Stella Adler, then made his stage debut at the La Jolla Playhouse in Billy Budd. Coburn was selected for a Remington Products razor commercial when he was able to shave off eleven days of beard growth in less than 60 seconds, while joking that he had more teeth to show on camera than the other 12 candidates for the part.

Coburn’s film debut came in 1959 as the sidekick to bad guy Pernell Roberts in the Randolph Scott western Ride Lonesome. He appeared in dozens of television roles including, with Roberts, several episodes of Bonanza. He and Ralph Taeger co-starred with Joi Lansing in Klondike on NBC in the 1960&ndash;1961 season. When Klondike, set in the Alaskan gold rush town of Skagway, was cancelled, Taeger and Coburn were regrouped as detectives in Mexico in NBC’s equally short-lived Acapulco.

Coburn became well known for his roles in the variety of action and western films in the 1960s and the 1970s, first primarily with Steve McQueen and Charles Bronson in two John Sturges films: The Magnificent Seven and The Great Escape. A villainous Texan in the hugely successful Charade, a glib naval officer in The Americanization of Emily and a character role as a one-armed Indian tracker in Major Dundee gained him much notice. In 1966, Coburn became a bona fide star with the release of Our Man Flint, a James Bond spoof released by 20th Century Fox. In 1971, he starred in the western film A Fistful of Dynamite, directed by Sergio Leone, as an Irish explosives expert and revolutionary who has fled to Mexico during the time of the Mexican Revolution in the early 20th Century. He teamed with director Sam Peckinpah for the 1973 film Pat Garrett & Billy the Kid. An MGM producer tried to sabotage the production, causing the film to be drastically edited when it opened. Peckinpah and Coburn were greatly disappointed and turned next to Cross of Iron, a critically acclaimed war epic which performed poorly in the U.S. but was a huge hit in Europe. The two remained close friends until the director’s death in 1984. In 1973, Coburn was one of the featured celebrities, dressed in prison gear on the cover of the album Band On The Run made by Paul McCartney and his band Wings.