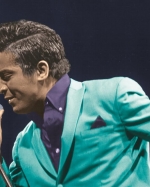 The Hollywood Chamber of Commerce is proud to announce that legendary entertainer Jackie Wilson has been honored with the 2,672nd star on the Hollywood Walk of Fame on Wednesday, September 4, 2019. The posthumous star was dedicated in the category of Recording at 7057 Hollywood Boulevard.

“ The late, great Jackie Wilson is one of the most important and influential recording artists of his generation!” said Ana Martinez, Producer of the Hollywood Walk of Fame. He is a man who broke barriers and inspired many young singers.” added Martinez.

Helping Emcee Rana Ghadban, President & CEO of the Hollywood Chamber of Commerce to unveil the star will be Walk of Famer will be Berry Gordy, Marshall Thompson and Smokey Robinson. The Hollywood Chamber of Commerce which administers the popular star ceremonies encourages people who are unable to attend and fans around the world to watch the event exclusively on www.walkoffame.com.

Jack Leroy Wilson Jr. was born on June 9, 1934 in Detroit, Michigan. Wilson began singing in a gospel quartet called the Ever-Ready Gospel Singers. In 1953 he joined Billy Ward and his Dominoes, eventually becoming lead singer of the vocal group, replacing Clyde McPhatter. He launched his solo career in November 1957 with his debut single “Reet Petite (The Finest Girl You Ever Want To Meet)” which entered Billboard magazine’s pop chart in November 1957. From 1958 to 1970, Jackie Wilson was a mainstay of the R&B and pop charts where he amassed two dozen Top Forty singles. All of his classics, released on the landmark Brunswick Records label, were crucial in shaping R&B music.

Known as “Mr. Excitement”, Jackie Wilson captivated audiences with his dazzling stage moves and soaring vocal range. Even today, few artists can reach his mesmerizing upper vocal range in studio or on stage. Wilson’s music career crossed genres, from doo-wop and rhythm & blues to easy listening standards and rock ‘n’ roll. He was an electrifying, charismatic showman who ushered in the emergence of soul and R&B in the sixties and has been honored with inductions into the Rock and Roll Hall of Fame and The R&B Music Hall of Fame.

The commercial success of Wilson along with Brunswick’s endeavors steered Jackie into television bookings on Dick Clark’s American Bandstand, The Ed Sullivan Show, Hullabaloo, Shivaree and Shindig! Jackie is also seen doing “You Better Know It” in the 1959 movie Go, Johnny, Go! Wilson’s music was omnipresent on the hit parade: “You Better Know It,” “Doggin’ Around,” “Night,” “Alone At Last,” “My Empty Arms,” “A Woman, A Lover, A Friend,” and Baby Workout.” Additional Wilson sessions were done in Chicago with acclaimed engineer Bruce Swedien at the board, which yielded “Whispers (Gettin’ Louder),” “Higher and Higher,” “I Get the Sweetest Feeling,” and “This Love Is Real.”

In 2008, “Higher & Higher” was utilized by Barack Obama as the theme song for his historic Presidential campaign.

On September 29, 1975, while playing a Dick Clark oldies revue show at the Latin Casino in New Jersey, Jackie Wilson suffered a heart attack on stage and was subsequently hospitalized until his death on January 21, 1984 at age 49.

Events and celebrations in Hollywood like the Hollywood Walk of Fame star ceremony and the ongoing efforts on behalf of Brunswick Records and the Wilson Family continue to acknowledge the saga and sonic legacy of Jackie Wilson.

Jackie’s epic recordings remain in our memories and they constantly reach new ears on the radio, movies, television, and digital universe. 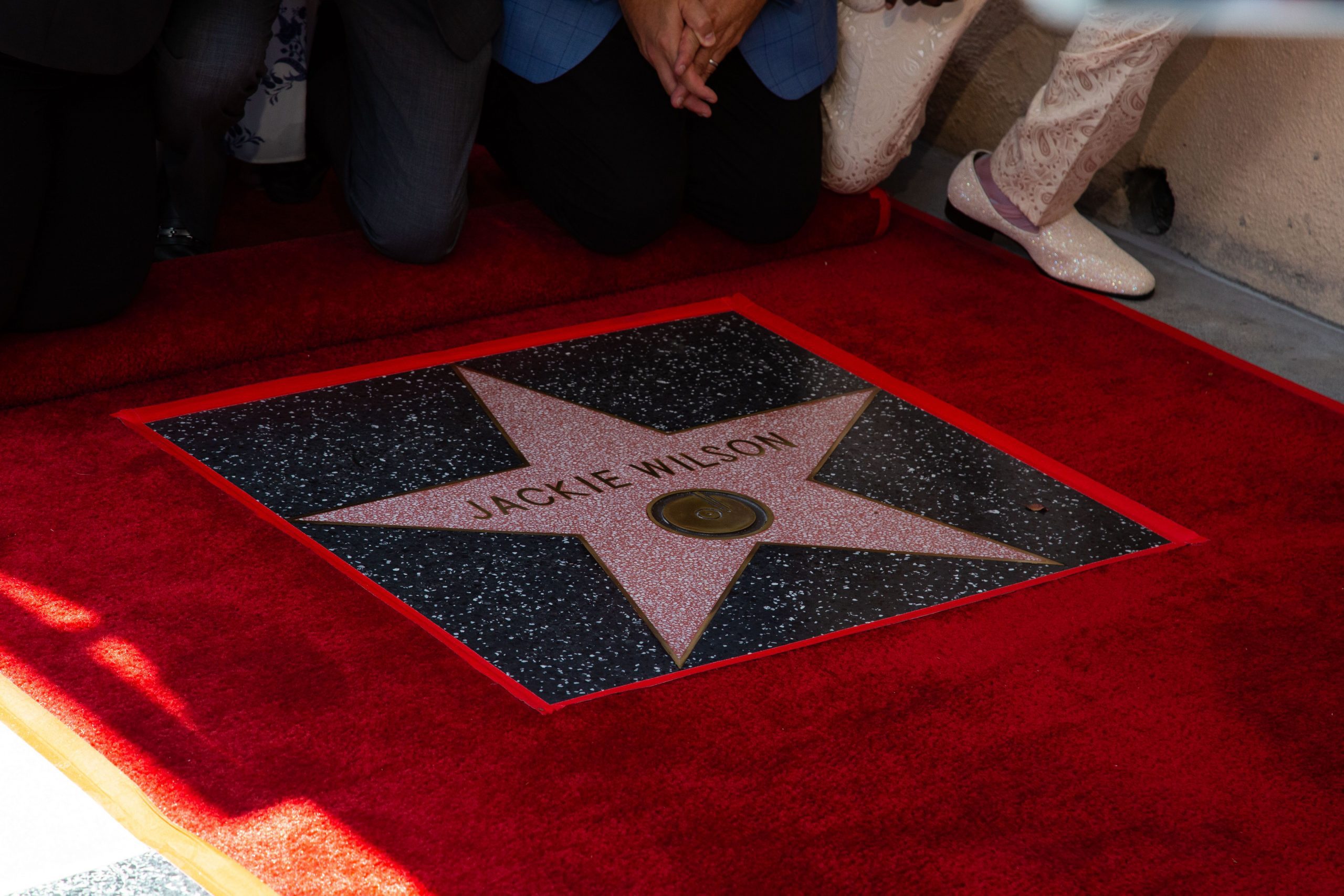