She originally considered studying to become a concert pianist, but enrolled instead at Fresno State Teachers College. While there, she began performing in campus productions, singing with sorority sisters and even forming a popular campus vocal trio. Shortly afterward, she struck out on her own to establish a solo singing career and by 1932, she had her own program on a local radio station.

Also in 1932, she became band vocalist for the Tom Gerun band in San Francisco, working together with other vocalists including a young Tony Martin and Woody Herman. She joined the Kay Kyser Orchestra in 1938, where she received her first national exposure appearing on radio shows and in films with Kyser. She made her first movie with Kyser and Lucille Ball, That?s Right You?re Wrong. She nearly married Kyser but left his orchestra in 1941 to do her own radio show. 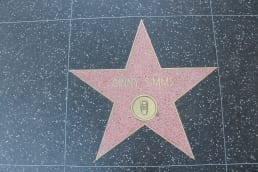