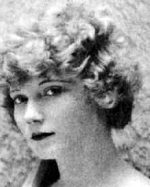 Gilda Gray was a Polish born American actress and dancer who became famous in the US for popularizing a dance called the "shimmy" which became fashionable in 1920s films and theater productions.

Gilda Gray was born as Marianna Michalska in Kraków, Poland on 24 October 1901 to Max and Wanda Michalski, who emigrated to the United States in 1909 and settled in Milwaukee, Wisconsin. She had one sibling, Josephine Michalska, Mrs. Sielecki.

When Marianna was 14 or 15 years old she married John Gorecki, a concert violinist. The couple, who divorced in 1923, had one son, Martin Gorecki, who became a bandleader under the name Martin Gray. An obituary published in Time magazine claimed that Gilda Gray was reportedly married at 11 and became a mother at 12.

Although the shimmy is said to have been introduced to American audiences by Gray in New York in 1919, other sources say that her shimmy was born one night when she was singing the Star Spangled Banner and forgot some of the lyrics. She covered up her embarrassment by shaking her shoulders and hips. Although the shimmy was already a well-known dance move, Marianna appropriated it as her own when she was asked about her dancing style, she replied in a heavy Polish accent; "I'm shaking my chemise," which sounded to the English-speaking audience like shimmy. 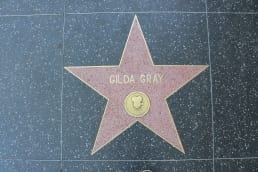