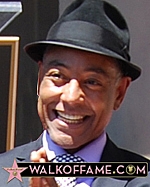 GIANCARLO ESPOSITO HONORED WITH STAR ON THE HOLLYWOOD WALK OF FAME

Watch Giancarlo Esposito star ceremony on the Hollywood Walk of Fame at the end of this page.

The Hollywood Chamber of Commerce proudly honored Giancarlo Esposito with the 2,523rd star on the Hollywood Walk of Fame today, Tuesday, April 29 at 11:30 a.m. PDT. “We are thrilled to have this triple threat on our Walk of Fame,” stated Hollywood Chamber of Commerce President Leron Gubler. “This talented actor, director, and producer continues to entertain fans, and his talent is a great fit on our sidewalk of immortalized stars!”

Emcee Leron Gubler, President & CEO of the Hollywood Chamber of Commerce and guest speaker Tim Hutton were on hand to help Espositounveil the 2,523rd star in the category of Television at 6351 Hollywood Boulevard. The star ceremony was streamed live exclusively on www.walkoffame.com.

Television audiences also know him well from his iconic portrayal of drug kingpin Gustavo ‘Gus’ Fring in AMC’s award-winning series “Breaking Bad,” for which he won the 2012 Critics Choice Award and also earned a 2012 Emmy® nomination.

Esposito has appeared in notable films such as “Rabbit Hole,” “The Usual Suspects,” “Smoke” and “The Last Holiday.” His performances in Spike Lee’s films “Do the Right Thing,” “Mo’ Better Blues,” “School Daze” and “Malcolm X” are among Esposito’s most memorable roles. Esposito’s other film credits include outstanding performances in “SherryBaby,” “Ali,” “Nothing to Lose,” “Waiting to Exhale,” “Bob Roberts,” “King of New York” and “The Cotton Club.” In 1995, Esposito was recognized for his incredible work in “Fresh” with a nomination for an Independent Spirit Award.

In 2007, through his production company, Quiet Hand Productions, Esposito made his feature directorial debut with the film “Gospel Hill.” He also co-starred in the film with Danny Glover, Angela Bassett, Julia Stiles, Taylor Kitsch and Samuel L. Jackson.

Esposito’s many television credits include “Community,” “Once Upon a Time,” “Homicide: Life on the Street,” “Law & Order,” “Bakersfield PD,” “Touched by an Angel,” and “Kidnapped.”

Esposito is also well-known to theatre goers for his award-winning work on stage. He recently starred in Atlantic Theater Company’s world premiere of “Storefront Church,” written and directed by Pulitzer Prize and Tony Award® winner John Patrick Shanley. “Storefront Church” joins “Doubt” and “Defiance” to complete Shanley’s “Church and State” trilogy. Esposito has won two Obie Awards for “Zooman and The Sign” at the Negro Ensemble Company and “Distant Fires” at The Atlantic Theater Company, where he continues to perform and teach as a company member. His long list of Broadway credits includes “Sacrilege,” “Seesaw,” “Merrily We Roll Along, and “Lost In The Stars,” to name a few. He also co-starred on Broadway with James Earl Jones, Terrence Howard and Phylicia Rashad in Debbie Allen’s rendition of the great classic Tennessee Williams play “Cat on a Hot Tin Roof.”

Esposito is very involved in philanthropic work. He is also a proud board member of the Creative Coalition, an arts and advocacy group that champions the First Amendment. He also lends his support to such organizations as the Waterkeeper Alliance, Kids for Peace and World Merit USA, which advance the arts and education. 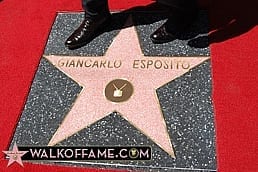