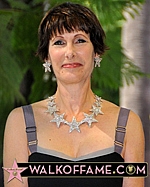 The star ceremony streamed LIVE on www.walkoffame.com. Enjoy watching the complete ceremony at the bottom of this page.

Gale Anne Hurd is one of the industry’s most respected and innovative film and television producers. Over the course of her career, Hurd has developed and produced films that routinely garner Academy Award® nominations, and TV programs that win Emmys® and shatter ratings records. By continually selecting daring material, championing technological innovations, and remaining hands-on in her approach, Hurd has carved out a leading position in the previously male-dominated world of the blockbuster, and become a recognized creator of iconic cultural touchstones.

After a successful rise from Roger Corman’s executive assistant to head of marketing, Hurd’s production career launched when she produced The Terminator, written and directed by James Cameron.   This success was quickly followed with Cameron’s Aliens, which received seven nominations and two Academy Awards®, and the Oscar®-winning films The Abyss and Terminator 2: Judgment Day.

At the helm of her production entity, Valhalla Entertainment, Hurd continually develops and produces a broad range of projects, including AMC’s hit drama, The Walking Dead, which she developed and executive produced with filmmaker Frank Darabont.  The third season premieres Sunday, October 14.

Hurd is also developing the feature films The Shipkiller with Arenamedia, The Nameless with Route Oneand Hellfest with CBS Films.   Hurd’s indie film, Very Good Girls, starring Dakota Fanning and Elizabeth Olsen, which she is executive producing with Hawk Koch, is in post-production.  Hurd’s company, Valhalla Entertainment, has an overall deal with Universal Cable Productions to develop new television and digital series.  She is also developing a television series adaptation of Annie Jacobsen’s novel, Area 51: An Uncensored History of America’s Top Secret Military Base, for AMC, and is adapting Lord Jeffrey Archer’s The Eleventh Commandment for television with New Franchise Media.

Hurd produced the critically acclaimed and award-winning films Tremors, Alien Nation, which was adapted into an acclaimed Fox TV series; Safe Passage starring the Academy Award® winner Susan Sarandon; and the Spirit and Sundance Audience Award winning indie, The Waterdance.  She also served as executive producer of Terminator 3: Rise of the Machines.

Hurd serves on the Academy of Motion Picture Arts and Sciences’ Board of Governors and as an officer of the Producers Guild of America.  She chairs the Nicholl Screenwriting Fellowship Committee and the Executive committee of the Producers Branch at the Academy of Motion Picture Arts and Sciences and is a member of the Film Festival Grants Committee.  An avid scuba diver, Hurd serves on the Advisory Boards of Heal the Bay and Reef Check.  Hurd also serves on the Advisory Board for Artists and for Peace and Justice.  She was honored by Global Green USA with the Entertainment Industry Environmental Leadership Award, the Telluride Tech Festival Award of Technology, the Crystal Award from Women in Film, the New York Women in Film & Television’s Loreen Arbus Awards, the UCLA School of Theater, Film and Television/Producers Guild of America’s Vision Award and the PGA’s Charles Fitzsimons Award for her service to the Guild. 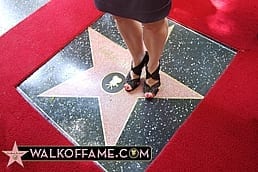