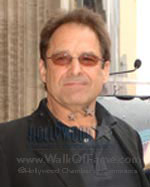 David S. Milch is an American writer and producer of television series. He has created several television shows, including NYPD Blue and Deadwood.

To avoid the draft during the Vietnam War, Milch enrolled in Yale Law School, but was expelled for shooting out a police car siren with a shotgun. Milch then worked as a writing teacher and lecturer in English literature at Yale. During his teaching career, he assisted Robert Penn Warren and Cleanth Brooks in the writing of several college textbooks on literature. Milch’s poetry and fiction have been published in The Atlantic Monthly and the Southern Review.

In 1982, Milch wrote a script for Hill Street Blues which became the episode “Trial by Fury”. This began his career in television. He worked five seasons on Hill Street Blues as executive story editor and then as executive producer. Milch earned two more Writers Guild Awards, a second Humanitas prize, and another Emmy while working on that show.