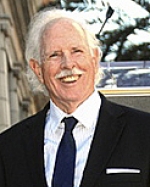 Bruce Dern’s award-winning performances over decades have earned him recognition as one of the most talented, versatile and prolific actors of his generation. Dern has a recurring role on HBO series Big Love, and was most recently seen in The Lightkeepers, The Astronaut Farmer, The Cake Eaters, Down in the Valley, The Hard Easy and Walker. Other recent credits include the independent features Monster; Masked and Anonymous; Madison and Milwaukee, Minnesota. Dern created more than 100 television and movie character portraits. He has won numerous honors including an Academy Award nomination and a Golden Globe nomination for Coming Home, Genie Award nominations for his work in Middle Age Crazy and Harry Tracy, Desperado, and the Best Actor Award at the Berlin Film Festival for That Championship Season. Dern’s has performed leading roles in such films as The Great Gatsby, Family Plot, Black Sunday, Smile, The Driver, The King of Marvin Gardens, They Shoot Horses, Don’t They?, Tattoo, Space and Toughlove. More recently, he was seen in Down Periscope, Mulholland Falls, Last Man Standing, The Haunting, All the Pretty Horses and The Glass House.