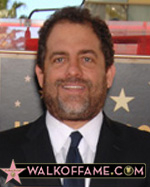 The Hollywood Chamber of Commerce proudly honored director Brett Ratner   with the 2,599th star on the Hollywood Walk of Fame on Thursday, January 19, 2017 at 11:30 a.m. PST. The star in the category of Motion Pictures was dedicated at 6801 Hollywood Boulevard in front of the Hollywood & Highland Complex.

Brett Ratneris one of Hollywood’s most successful filmmakers. His diverse films resonate with audiences worldwide and, as director, his films have grossed over $2-billion at the global box office. Ratner began his career directing music videos before making his feature directorial debut at 26 years old with the action comedy hit Money Talks. He followed with the blockbuster Rush Hour and its successful sequels. Ratner also directed The Family Man, Red Dragon, After the Sunset, XMen: The Last Stand, Tower Heist and Hercules.

Ratner has also enjoyed critical acclaim and box-office success as a producer. He has served as an executive producer on the Golden Globe and Oscar-winning The Revenant, starring Leonardo DiCaprio, Black Mass, starring Johnny Depp, and War Dogs, starring Jonah Hill; and as a producer on Truth, starring Robert Redford and Cate Blanchett; I Saw the Light, starring Tom Hiddleston and Elizabeth Olsen, Rules Don’t Apply, written, directed and produced by Warren Beatty, and Sony Pictures Classics’ Land of Mine directed by Martin Zandvliet. His other produced films include the smash hit comedy Horrible Bosses and its sequel, and the re-imagined Snow White tale Mirror Mirror.

His additional producing credits include the documentaries Bright Lights: Starring Carrie Fisher and Debbie Reynolds, Author: The JT LeRoy Story, Catfish, the Emmy-nominated Woody Allen – A Documentary, Helmut by June, I Knew It Was You: Rediscovering John Cazale, Chuck Norris vs. Communism, the Emmy Award and Peabody Award-winning Night Will Fall, and Leonardo DiCaprio’s Before the Flood, released by National Geographic.  He also executive produced and directed the Golden Globe-nominated FOX series Prison Break, and executive produced the television series Rush Hour, based on his hit films.

In 2013, Ratner, along with his business partner James Packer, formed RatPac Entertainment, a film finance production and media company.  RatPac has a first-look deal with Warner Bros., and joined with Dune Capital to co-finance over 75 films, including the award-winning and critically-acclaimed Gravity, The LEGO Movie, and American Sniper.  Recent films include Sully, The Accountant, Suicide Squad, and Batman v Superman: Dawn of Justice. In partnership with New Regency, RatPac co-financed The Revenantand Birdman. Internationally, RatPac and Warner Bros. have formed a joint venture with Warner Bros., China Media Capital Group and WPP to finance local Chinese content.

Ratner is a Board of Trustees member of the Simon Wiesenthal Center and Museum of Tolerance.  He currently sits on the boards of Ghetto Film School, Chrysalis, Best Buddies, and the Los Angeles Police Foundation, while serving on the Dean’s Council of the NYU Tisch School of the Arts and on the Board of Directors at Tel Aviv University’s School of Film and Television. 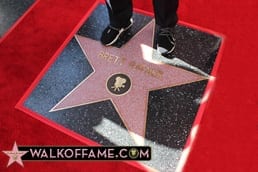