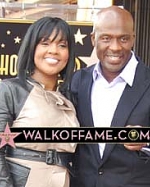 The Hollywood Chamber of Commerce honored BeBe & CeCe Winans with a star on the Hollywood Walk of Fame on Thursday October 20, 2011 in front of The Music Box at 6126 Hollywood Boulevard. Emcee Leron Gubler, President/CEO of Hollywood Chamber of Commerce, Walk of Famers Quincy Jones, Jazz musician Dave Koz and actress Yvette Nicole Brown along with the Winans family all helped Bebe & Cece unveil the famous star. Amidst many years of anticipation, BeBe & CeCe Winans have heard the cries from their fans to return…together. After 15 years, the wait was over.  The chart-topping duo which produced six studio-recorded projects, more than five million records worldwide, thirteen Grammy Awards between them, eight Dove Awards, three NAACP Image Awards, A Soul Train Music Award and more than 15 Stellar Awards, returned with the 2009 release of the Grammy award-winning album, Still.

This Detroit-born brother-sister duo carries a great lineage as members of the Gospel dynasty, The Winans.  Although they have had individual success, nothing compares to the magic that is sparked by their musical union. BeBe & CeCe are the seventh and eighth of their parents’ (gospel singers Mom and Pop Winans) ten children. They first appeared in the public eye when they debuted in 1982 as a part of the singing group, The PTL Singers on the television show, The PTL Club.  In 1987 BeBe and CeCe left The PTL Singers to pursue a musical career and that same year were offered a recording contract by Sparrow Records.  Their debut release topped the R&B and inspirational charts, yielding a Grammy award along with Dove and Stellar awards for the self-titled project.

BeBe & CeCe continued to gain success with their releases. They became the first gospel artists to see their album Heaven reach No. 1 on the Billboard sales charts in 1988. The 1991 release of Different Lifestyles earned them #1 status at the top of the Billboard R&B/Hip Hop chart, making them only the second Gospel act to claim this position (the first was Aretha Franklin’s Amazing Grace in 1972). Since their debut, they have dominated the airwaves with countless hits such as “Heaven,” “Addictive Love,” and “I’ll Take You There,” to name a few. The reunion of BeBe & CeCe sparked not only the release of their latest album, Still, but also the creation of their new record label, B&C Records. Still became an instant classic with its lead single, “Close to You” winning several awards, among them, the 2010 BMI Award for the most performed Gospel Song of the Year.

The multiple Grammy, Dove and Stellar-award winners continued to climb the charts individually as they pursued careers as solo artists from 1994-2009. CeCe earned several Grammys, released eight CDs and became the first African-American woman to receive a Dove Award for best female vocalist.  BeBe earned numerous awards, penned hits for other artists and released six solo projects.  He also honed his acting skills, co-starring in productions such as the Broadway play, The Color Purple, in which he played Harpo and served as one of the judges of BET’s Sunday Best for the 2009 season. Bebe can be heard weekly as host of his own Sirius Xm radio show, The Bebe Experience.  But nothing compares to the BeBe & CeCe franchise.

Both the Winans are very involved with philanthropic work.  CeCe has her own Charity for young people called Sharing the Vision.  The group’s goal is to educate, motivate and redirect the life choices of our teens, young women and men. BeBe is involved with several charities, including Stand Up For Cancer; The American Cancer Society, the YMCA of Middle, Tennessee.

Resting upon an unshakeable faith in earnest, a resilient family foundation and a whole lot of love along the way, BeBe & CeCe Winans show no signs of slowing down and are continuing to share their music with the world. 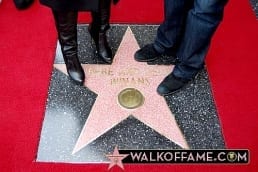