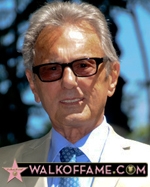 The Hollywood Chamber of Commerce proudly honored music pioneer Al Schmitt with the 2,557th star on the Hollywood Walk of Fame on August 13, 2015. The star in the category of Recording was dedicated in front of the historic Capitol Records Building at 1750 N. Vine Street where he has worked and made music magic for many years.

Helping emcee and Hollywood Chamber President/CEO Leron Gubler to unveil the star were Joe Walsh and Don Was.

You can watch the complete star ceremony as Al Schmitt unveils his star on the Hollywood Walk of Fame below.

Al Schmitt is a renowned recording and mix engineer whose acclaimed music career has spanned more than half a century. He holds the record for most Grammy awards for a recording or mix engineer. To date, Schmitt is the recipient of 23 Grammy Awards, including the Grammy Trustees Lifetime Achievement Award in 2006. In 2014, Schmitt received the Honorary Doctorate from Berklee College of Music.

Schmitt is a New York native, of whom Barbra Streisand once said, “as a fellow Brooklyn-ite, we speak the same language.”   He has worked on more than 150 Gold and Platinum albums, and was inducted into the TEC Awards Hall of Fame in 1997 to honor his technical and creative excellence in recording and sound.

In the early days of his career working at RCA, Schmitt engineered albums for such legendary artists as Sam Cooke, Rosemary Clooney and Henry Mancini, featuring the Grammy Award winning title “Moon River,” which also won an Academy Award® for Best Song, and for “Breakfast at Tiffany’s.”

In the mid-60s, as demand for his engineering services grew, Schmitt aspired to become an independent producer. In addition to recording all the last records of the legendary Sam Cooke, he also worked with Ann Margret, Bobby Darin, and Eddie Fisher. He also collaborated with artists of the time including Jefferson Airplane, Jackson Browne and Neil Young. Schmitt recent worked on the completion of the 2015 release of the newest Neil Young albums. “Storytone” and “On the Beach

Although Schmitt loved producing, he realized, as he quotes, “what I loved best about the business in the first place was capturing the sound,” and returned to engineering. From that point on, some records he would produce, some he would engineer and some he would do both. After returning to engineering again, Schmitt worked on countless Grammy and other award-winning albums at Capitol Studios such as Frank Sinatra’s “Duets” and “Duets II,” George Benson’s “Breezin,” Barbra Streisand’s “Back to Broadway,” Natalie Cole’s “Unforgettable,” Diana Krall’s “The Look of Love,” and Ray Charles’ “Genius Loves Company,” to name a few. He engineered Paul McCartney’s “Kisses on the Bottom,” album, which won the 2012 Grammy Award for Best Traditional Pop Vocal Album. Schmitt was also featured in Paul McCartney’s “Live Kisses” DVD which won the 2013 Grammy Award for both Best Music Film and Best Surround Sound Album.

Schmitt mixed the historic “The Beatles: The Night That Changed America” at Capitol Studios for AEG/Ehrlich Ventures, LLC, which was nominated in the “Outstanding Sound Mixing for a Variety Series” category for the 2014 Emmy Awards.

His prominence was memorialized when he was featured sitting at his post behind the recording console at Capitol Studios in the Justin Timberlake “Suit & Tie” video which won the 2013 Grammy Award for Best Music Video. These days, Schmitt spends most of his time working from the famed Capitol Studios, where he has become a familiar and much-loved part of the Capitol Studios family. Schmitt is beloved by generations of engineers and producers, many of whom he has inspired and taught the craft of engineering. He is also revered by the many artists whose magical moments are captured in the studios. Schmitt is on the wish list to speak at notable colleges, recording schools and conferences. His inspiration and energy to expound knowledge to aspiring engineers is limitless. 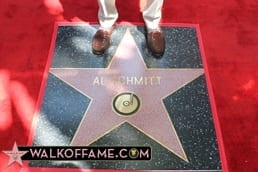