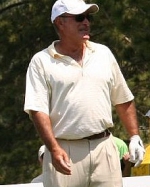 Alan Richard “Al” Michaels is an American television sportscaster. Now employed by NBC Sports after nearly three decades with ABC Sports, Michaels is one of the most prominent members of his profession. He is perhaps best known for his many years of calling play-by-play of National Football League games, including nearly two decades with Monday Night Football. He is also known for famous calls in other sports, including the Miracle on Ice at the 1980 Winter Olympics and the earthquake-interrupted Game 3 of the 1989 World Series.

Michaels was born in Brooklyn, New York to Jay Michaels and Lila. He grew up as a Brooklyn Dodgers fan. Coincidentally, at the time the Dodgers left Brooklyn, Michaels’ family also moved to Los Angeles, California in 1958. Michaels attended Alexander Hamilton High School in L.A., with Joel Siegel, Michele Lee and Michelle Phillips, and was a football and baseball player. He graduated in 1962 and later attended Arizona State University, where he majored in radio and television and minored in journalism. He worked as a sports writer for ASU’s independent student newspaper, The State Press. He was also a member of Sigma Nu Fraternity.

Michaels’ first job in television was with Chuck Barris Productions, choosing women to appear on The Dating Game. His first sportscasting job came in 1964 when he was hired to do public relations for the Los Angeles Lakers. He was later hired by the team to serve eight games as a color commentator. He was fired after only four.

Michaels, who had worked on the team’s media guide,was also considered to be the first color commentator of the Los Angeles Kings, where he would have been with Jiggs McDonald. That assignment went to Ed Fitkin instead.