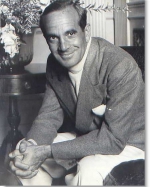 Al Jolson was an American singer, comedian and actor. In his heyday, he was dubbed “The World’s Greatest Entertainer”.

His performing style was brash and extroverted, and he popularized a large number of songs that benefited from his “shamelessly sentimental, melodramatic approach”. Numerous well-known singers were influenced by his music, including Bing Crosby Judy Garland, rock and country entertainer Jerry Lee Lewis, and Bob Dylan, who once referred to him as “somebody whose life I can feel”.

In the 1930s, he was America’s most famous and highest paid entertainer. Between 1911 and 1928, Jolson had nine sell-out Winter Garden shows in a row, more than 80 hit records, and 16 national and international tours. Yet he’s best remembered today for his leading role in the first talking movie ever made, The Jazz Singer, released in 1927. He starred in a series of successful musical films throughout the 1930s. After a period of inactivity, his stardom returned with the 1946 Oscar-winning biographical film, The Jolson Story. Larry Parks played Jolson with the songs dubbed in with Jolson?s real voice. A sequel, Jolson Sings Again, was released in 1949, and was nominated for three Oscars. After the attack on Pearl Harbor, Jolson became the first star to entertain troops overseas during World War II, and again in 1950 became the first star to perform for GIs in Korea, doing 42 shows in 16 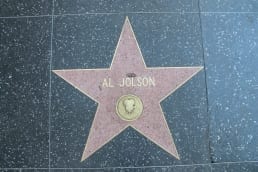