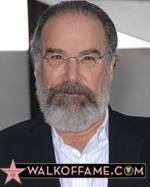 The Hollywood Chamber of Commerce proudly honored actor Mandy Patinkin with the 2,629th star on the Hollywood Walk of Fame on today, February 12th, at 11:30 a.m. PST. The star was dedicated in the category of Television at 6243 Hollywood Boulevard next to the Pantages Theatre.

“Mandy Patinkin is one of the entertainment world’s greatest assets. He has entertained us on the big and small screens as well as on many theatrical stages. We are proud to add him to the Hollywood Walk of Fame,” stated Leron Gubler, President/CEO of the Hollywood Chamber of Commerce.

Hollywood Chamber of Commerce which administers the popular star ceremonies encourages people who are unable to attend and fans around the world to watch the event exclusively on www.walkoffame.com.

Mandy Patinkin was born on November 30, 1953 in Chicago, Illinois. He has been fortunate to carve out a varied career in theater, the concert stage, film, television, and as a recording artist.

In his 1980 Broadway debut, Patinkin won a Tony Award for his role as ‘Che’ in Andrew Lloyd Webber's Evita.  He was nominated in 1984 for his starring role as ‘George’ in the Pulitzer Prize-winning musical, Sunday in the Park with George.  Patinkin’s other stage credits include: Compulsion, Paradise Found, The Tempest, Enemy of the People, The Wild Party, Falsettos, The Secret Garden, The Winter's Tale, The Knife, Leave It to Beaver is Dead, Rebel Women, Hamlet, Trelawney of the ‘Wells,’ The Shadow Box, The Split, Savages, and Henry IV, Part I.

In 1989, Patinkin began his concert career at Joseph Papp’s Public Theater in New York City. Since then, he has toured and continues to perform on various solo concerts across North America, in London’s West End, through Australia and New Zealand, as well as on Broadway and off-Broadway.  In 1997, he played a sold-out Broadway engagement of Mandy Patinkin in Concert, with proceeds benefiting five charitable organizations.  In 1999, while on tour, he ended each concert by heading to the theater lobby with a cardboard box, asking patrons to empty their pockets for PAX, a gun safety organization, and Doctors Without Borders, in response to both the Columbine shooting and the Bosnian War.

In addition to his solo concerts, Patinkin has created collaborations with artists including opera super-star Nathan Gunn in An Evening with Mandy Patinkin & Nathan Gunn; and with his friend Patti LuPone in An Evening with Patti LuPone and Mandy Patinkin which has toured since 2007 and played Broadway in 2012. He also played in Bridges, a concert with musicians from various countries in the Middle East; and most recently, The Last Two People on Earth: An Apocalyptic Vaudeville, with artist Taylor Mac, directed by Susan Stroman.

Patinkin has appeared in many feature films,  including “Ali and Nino,” “The Queen of Spain,” “Wish I Was Here,” “Pinero,” “The Adventures of Elmo In Grouchland,” “The Princess Bride,” “Yentl,” “The Music of Chance,” “Daniel,” “Ragtime,” “Impromptu,” “The Doctor,” “Alien Nation,” “Dick Tracy,” “The House on Carroll Street,” “True Colors,” and “Maxie.” He has also lent his voice to numerous animated films, most recently “Smurfs: The Lost Village.”  Most recently, Patinkin can be seen in the hit movie “Wonder” playing ‘Mr. Tushman.’ “Wonder” is currently available on Digital and will be available on Blu-ray and DVD February 13.  He also recently wrapped “Life Itself,” which is expected to be released in the fall of 2018.

Together, Patinkin and the International Rescue Committee are on a mission to bring attention to the global refugee crisis—the greatest upheaval of humanity since World War II. Patinkin visited Greece with the IRC in November 2015, where he met families who had fled Syria and other war-torn countries—people he did not see as strangers to be feared but the faces and stories of his own family. A passionate supporter of refugee rights, he has since traveled to Serbia and Germany with the humanitarian organization to bear witness to the ongoing crisis. 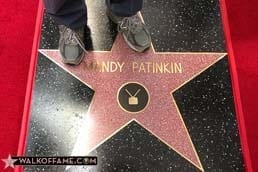