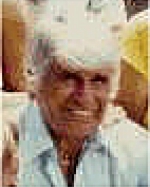 Jim Davis was an American actor, best known for his role as Jock Ewing in the CBS prime-time soap Dallas, a role which he held up until his death in April 1981.

Born as Marlin Davis in Edgerton, Missouri, his first major screen role was opposite Bette Davis in the 1948 melodrama Winter Meeting. His film career consisted of mostly B movies, many of them westerns, although he made an impression as a U.S. senator in the Warren Beatty conspiracy thriller The Parallax View. In the episode “Little Washington” of the syndicated television series Death Valley Days, Davis portrayed a Congressman from Nevada.

From 1954-55, Davis starred and narrated the syndicated western television series Stories of the Century. He portrayed Matt Clark, a detective for the Southwestern Railroad who works to bring notorious gunfighters to justice. His costars were Mary Castle and Kristine Miller. Stories of the Century was the first western series to win an Emmy Award. Among the historical figures featured were John Wesley Hardin, Sam Bass, Doc Holliday, the Dalton Brothers, the Younger Brothers, Belle Starr, L.H. Musgrove, and Clay Allison.

From 1958-1960, Davis starred as Wes Cameron with Lang Jeffries in the role of Skip Johnson in the syndicated adventure series Rescue 8.