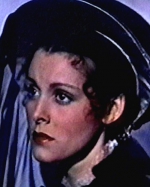 Frances Marion Dee was an American actress. She starred opposite Maurice Chevalier in the early talkie musical, The Playboy of Paris. She starred in the film An American Tragedy in a role later recreated by Elizabeth Taylor in the 1951 retitled remake, A Place in the Sun.

She grew up in Chicago, Illinois, where she attended Shakespeare Grammar School and Hyde Park High School, where she went by the nickname of Frankie Dee.

After graduating from Hyde Park High in 1927, of which she was Vice President of her senior class, as well as voted Belle of the Year, she spent two years at the University of Chicago before returning to California.